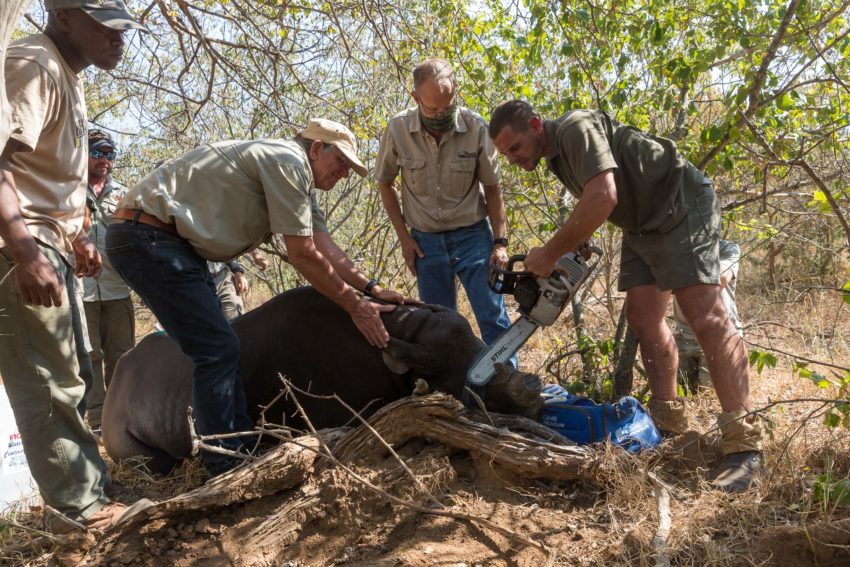 A very successful day de-horning the first five orphans that were released back into the wild at the end of 2017.  As well as these five white rhino, the black rhino on the reserve were also de-horned.

The operation ran very smoothly, thanks to the incredibly professional team, and all the rhino were de-horned in one morning. Obviously, this is a bitter-sweet occasion – as we do not want to intrude or disturb these orphans any more than we have to. But desperate times call for desperate measures – and ensuring the orphans are de-horned is Rhino Revolution’s last-ditch attempt to deter poaching and keep them safe in the wild.

Happy to say all five rhino quickly recovered from their operation and all are healthy and are thriving in the wild.

Thank you to @MikeKendrick for the pics. 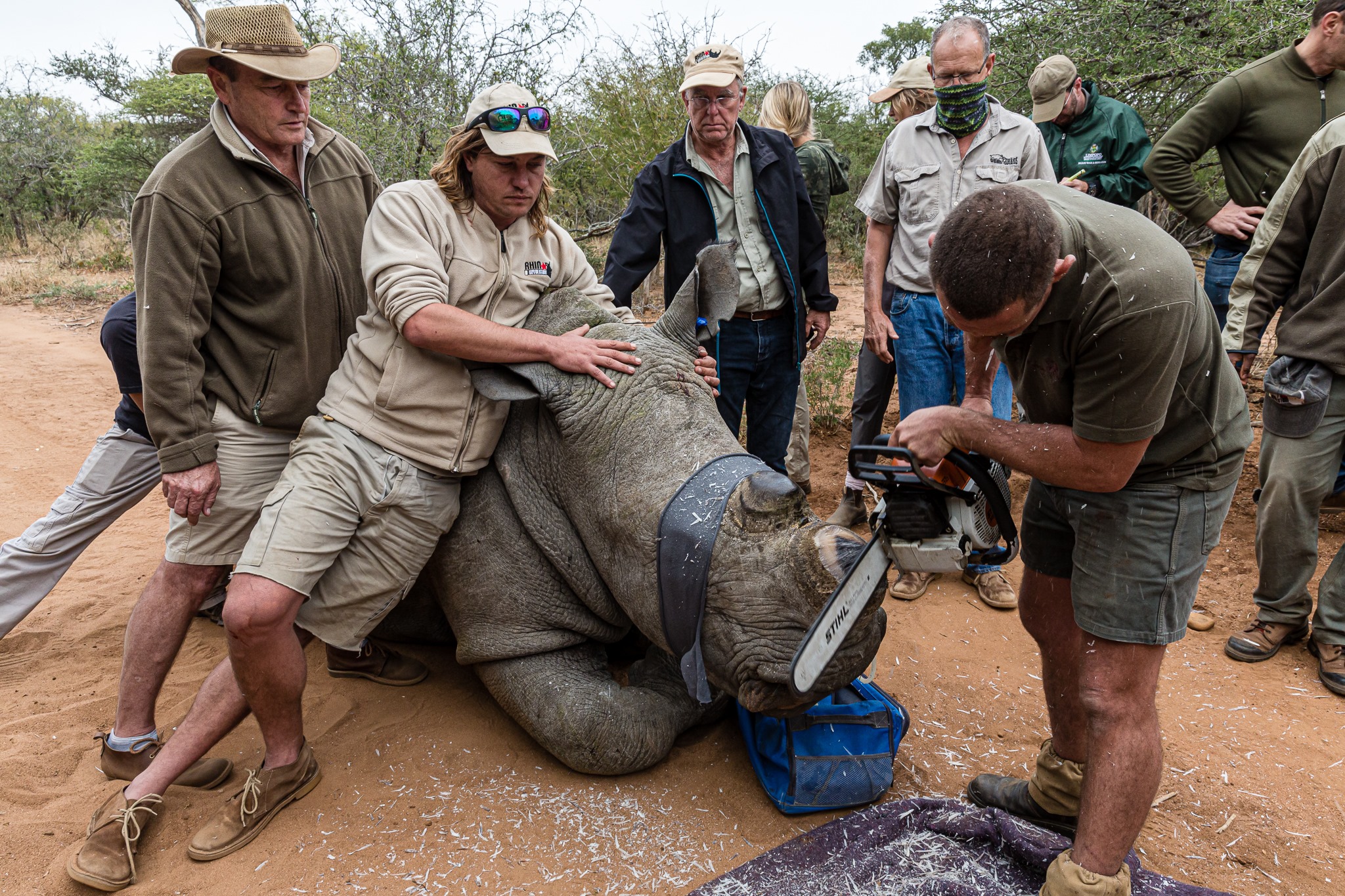 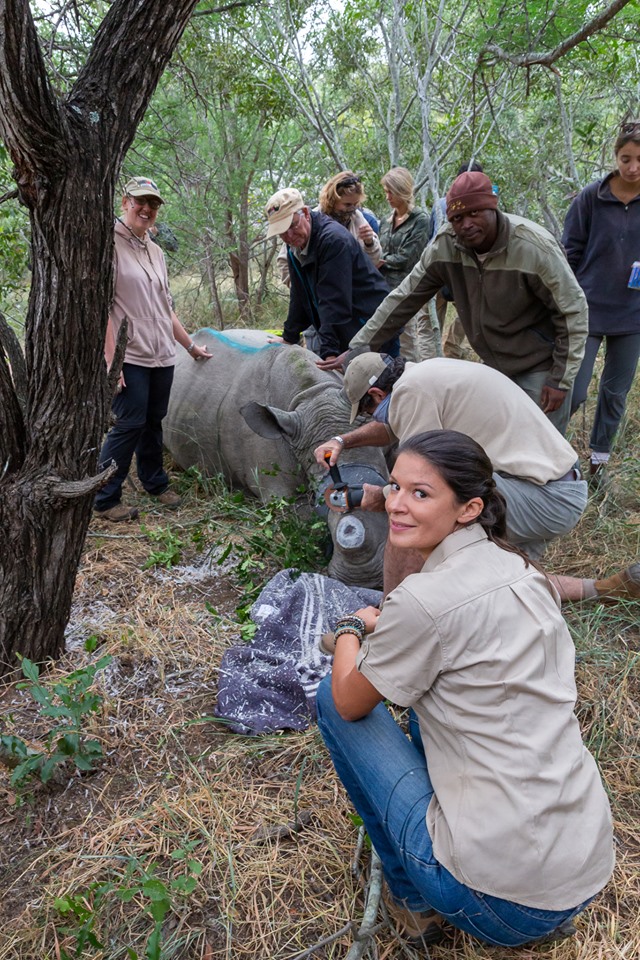 *ALL rhinos on this reserve are dehorned