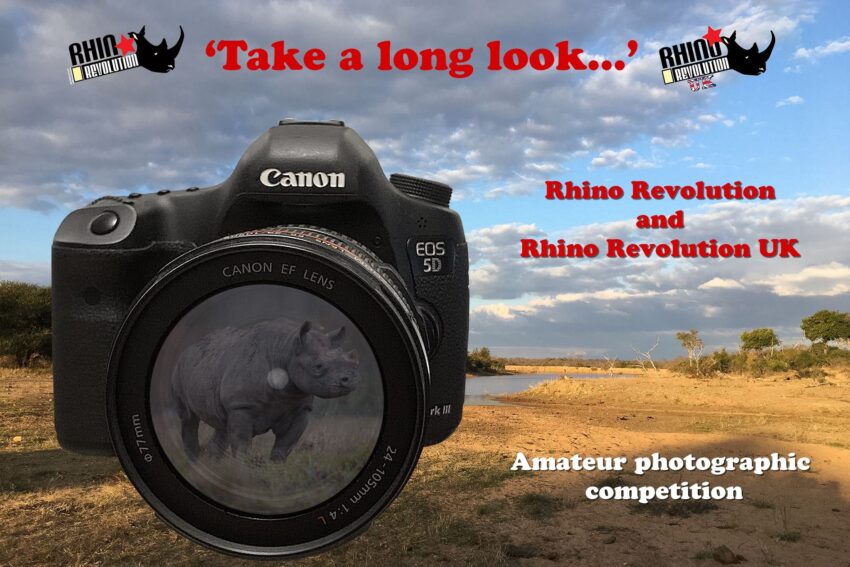 *Update* – The full details of the competition have now been released and can be found here.
WE BELIEVE RHINOS ARE DISAPPEARING!
More information on our “Take a long look..” amateur photographic competition which opens to rhino and photography enthusiasts all over the world on the 1st January 2021!
This competition will be run in two categories jointly with RR and RR-UK. The first category is for a “Wild Image” ie the rhino cannot be confined in any way to an enclosure or zoo. Any species of rhino photographed in any way! The second category is the “Captive Image” ie the rhino was either at a zoo facility or in some form of enclosure when photographed. The ” Wild Image” will be judged by by the trustees of Rhino Revolution and guest wildlife photographer and founder of Wild Shots outreach, Mike Kendrick, who has two votes. The “Captive Image” will be judged by the trustees of RR-UK and guest wildlife photographer and judge with the Society of Photographers in the UK, Imelda Bell ,who will have two votes.
There will be a winner and runner up in each category and the four finalists will go into a people’s choice vote.
The closing date will the mid night on the last day of January.
How to enter and prizes will be announced tomorrow!