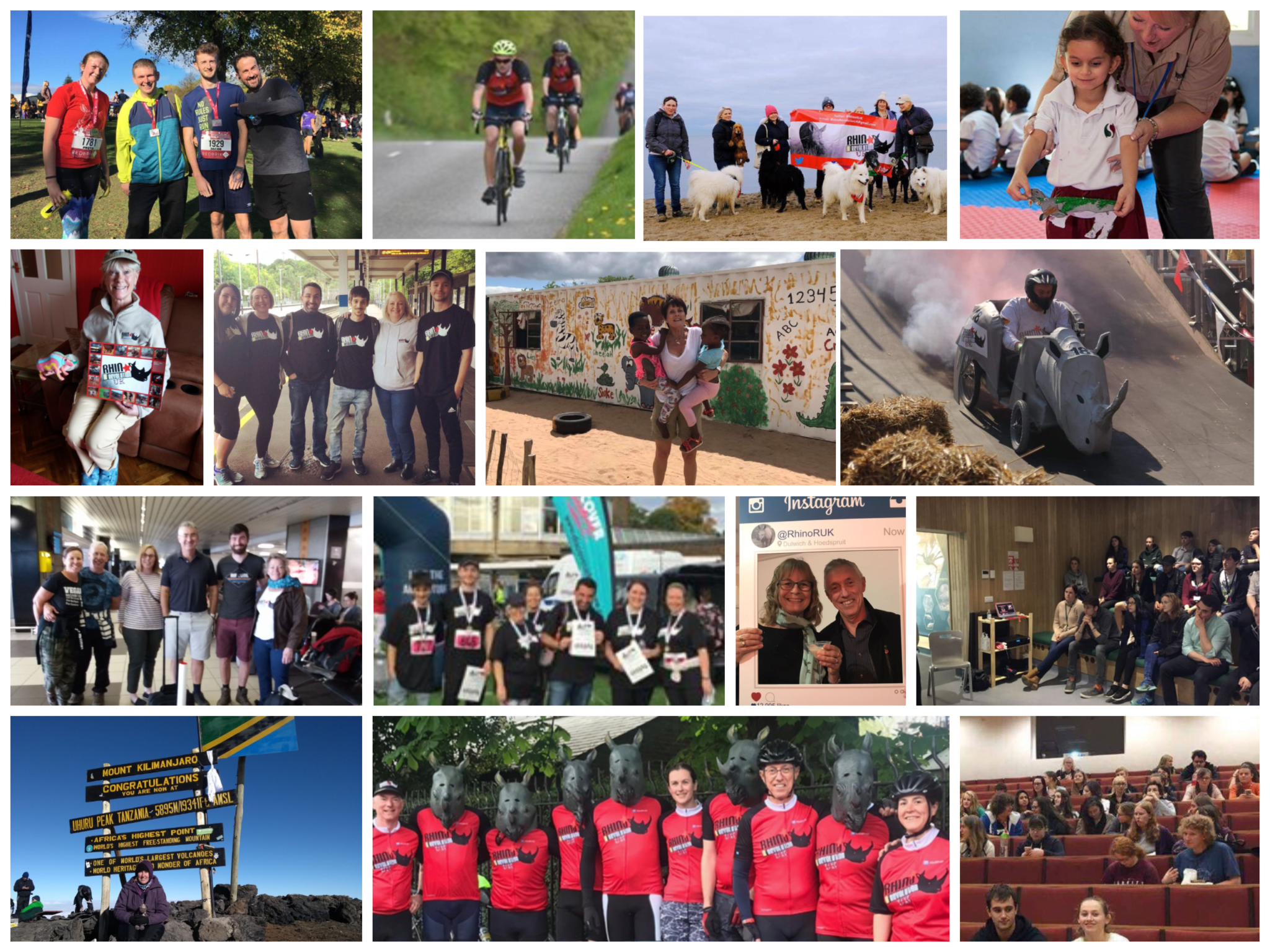 A Race Against Extinction – Join Us

Think that there is nothing you can do to help with rhino conservation because you live in the UK?

WRONG! YOU CAN! Look at some of the activities we have done above.

Launched in January 2017, Rhino Revolution UK was set up to support the work of the Rhino Revolution facility in Hoedspruit, South Africa, and to provide a direct link between people in the UK and South Africa who wish to take action and help save iconic endangered species for future generations.

With 400 members (and increasing) across the UK, Rhino Revolution UK is working to increase awareness of the issues facing rhino and raise much needed funding for the 4 key areas we support.

As well as supporting rescue and rehabilitation of rhinos affected by the poaching crisis, Rhino Revolution UK works closely with anti-poaching units and carries out community education to encourage and engage the conservationists of the future.

You too can become a champion for rhinos.

Rhino poaching is a global problem and its tentacles reach out to every part of our planet through poaching, smuggling routes, laundering of the proceeds, and the facilitators who allow the criminal syndicates to flourish. To tackle this scourge, people across all continents and countries need to take a stand.

Doing nothing is not an option!

Everyone has a role to play, whatever your age or background.  Join us and be part of the solution.

Be a champion for endangered species

Use CODE: 10OFF to get 10% off purchases when you spend £25+. EXCLUDES JEWELLERY. All prices includes postage to UK mainland addresses. Dismiss