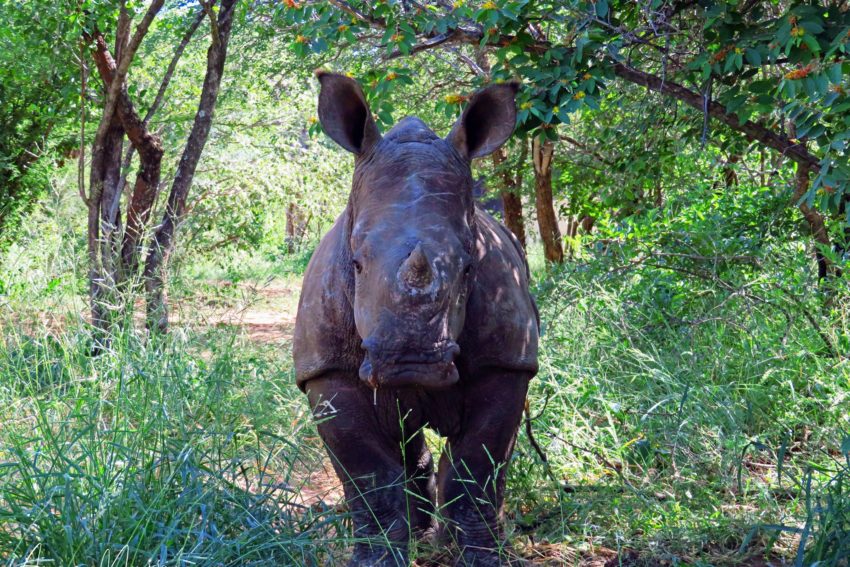 Our newest arrival has at last been named! THAMANI – meaning precious or valuable in Swahili.

Thamani was orphaned when her mother was killed by poachers during a full moon. A patrol team flying over the reserve spotted her, and instantly knew she was too young to be alone. Upon searching, they found Thamani’s mother, dead and her horns brutally removed.

The little calf, aged about 12 months, was brought to Rhino Revolution incredibly distressed and traumatised. When sleep eventually overtook her, she woke up confused, and crying for her mother
It has been a very difficult few months, with Thamani rejecting many types of milk and feed; thankfully her love for fresh green grass proved her saving grace in the early stages of her rehabilitation.

We are very happy to say she has turned a corner; relishing her mud wallows, drinking milk well and with gusto, and enjoying an occasional head scratch from the very relieved Rhino rehab staff.