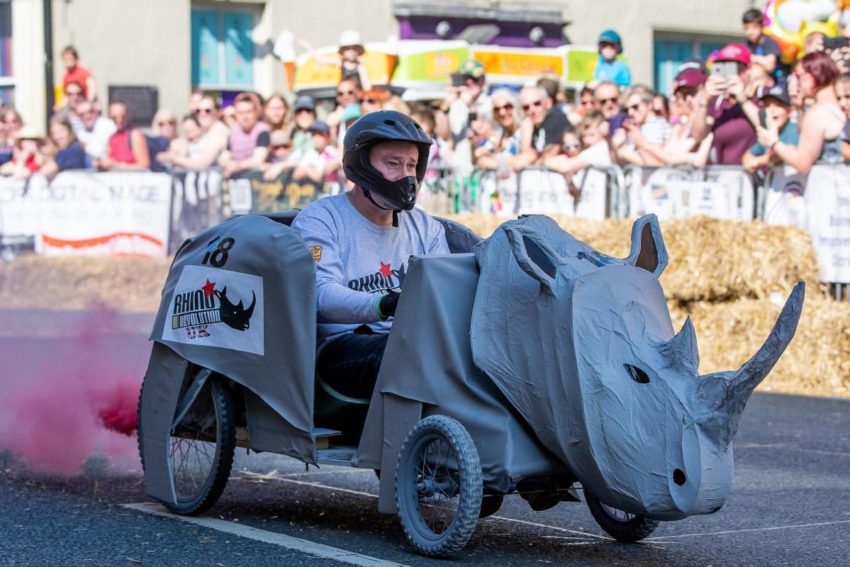 On the 26th of August 2019, 35 teams with designs ranging from KitKat bars to Tanks took part in the yearly Micklegate Soapbox Challenge. This year, for the first time Rhino Revolution UK took part to raise awareness for the plight of our precious Rhino’s and Pangolins.

This would not have been possible if not for the incredible amount of hard work and dedication put in by volunteer Dave Fox who single handedly created Rocky using a conglomeration of children’s bikes, papier-mâché, some cardboard and a lot of love!

The end result being a kart which charged down the 5 metre initial hill with ease, before continuing down the steep cobblestones that make up the old Roman road of Micklegate. Halfway down this road was a Rhino Revolution information centre which provided many of the onlookers with information, activities and the chance to win one of several raffle prizes!

Rocky took part in two races and achieved an impressive 19th place finish against the mostly more experienced competitors. More impressive was the fact that our entry made it to the front page of the local York newspaper!

Rocky will be back next year, more determined than ever to climb the rankings and raise further awareness!