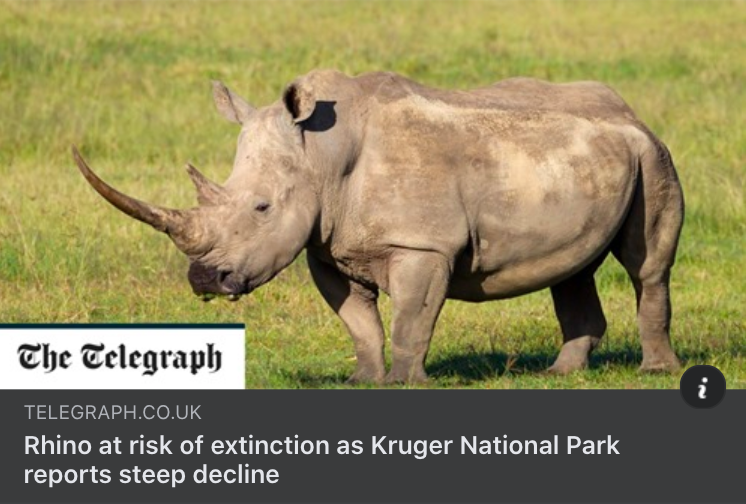 For over a month Rhino Revolution and Rhino Revolution UK have been working with The Telegraph to pressure the government to release information on the population numbers of both white and black rhino within South Africa. This week has seen it happen, with the release of the 2020 Report – BUT these stats are far too old.

Where are the up to date ones? We feel certain they are only far worse again. Meanwhile, dehorning in the private reserves are having to be funded more regularly as the risk/return increases with less and less rhinos.